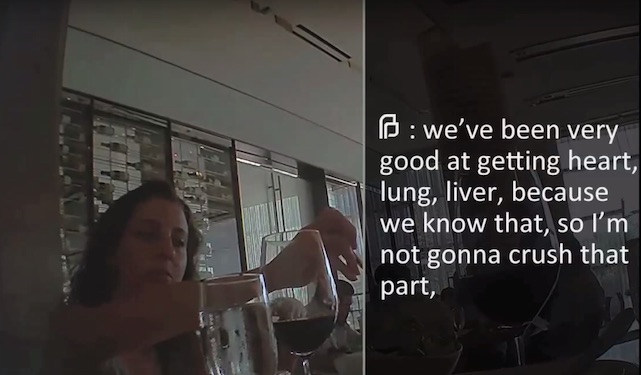 The depositions are part of Planned Parenthood’s meritless lawsuit against Daleiden and his organization, the Center for Medical Progress (CMP). In 2016, the Planned Parenthood Federation of America (PPFA) sued Daleiden in San Francisco federal court, alleging that the journalist had used fraudulent means to enter their conferences and gain access to meetings with their staff to expose the organization’s illegal sale of baby body parts. PPFA contends the videos are false and misleading. In response, Daleiden argues that the videos are accurate and that his undercover investigations are protected by the First Amendment.

Trial is set for September 2019. FCDF is scheduled to take approximately 50 depositions by the end of April, including the following Planned Parenthood executives and key personnel:

“Backed up by legions of attorneys from two national law firms, Planned Parenthood is spending millions of dollars to destroy a young man who exposed fetal tissue trafficking in the abortion industry. We have no doubt that the officials’ testimonies will shed a light on Planned Parenthood’s illegal operations.”

In July 2015, Daleiden and CMP began releasing a series of videos of senior abortion providers discussing practices such as profiting from the sale of fetal organs and altering abortion methods to procure fetal specimens. CMP first released video footage of Dr. Deborah Nucatola, Senior Medical Director for Plaintiff PPFA, openly admitting that she alters abortion techniques to procure intact fetal organs for research. CMP also released a video of Dr. Mary Gatter, President of Plaintiff PPFA’s Medical Directors’ Council, in which she openly haggled with investigators about the price of fetal specimens.

In addition to taking the depositions, FCDF attorneys are analyzing thousands of pages of documents released by Planned Parenthood as part of the discovery process.

“Planned Parenthood has everything to lose if the full scope of their illicit trade in aborted baby body parts is revealed.”

Daleiden is also being represented by co-counsel St. Thomas More Society and Alliance Defending Freedom. The case is in the United States District Court for the Northern District of California and is titled Planned Parenthood Federation of America, et al. v. Center for Medical Progress, et al., 16-cv-00236-WHO (DMR).