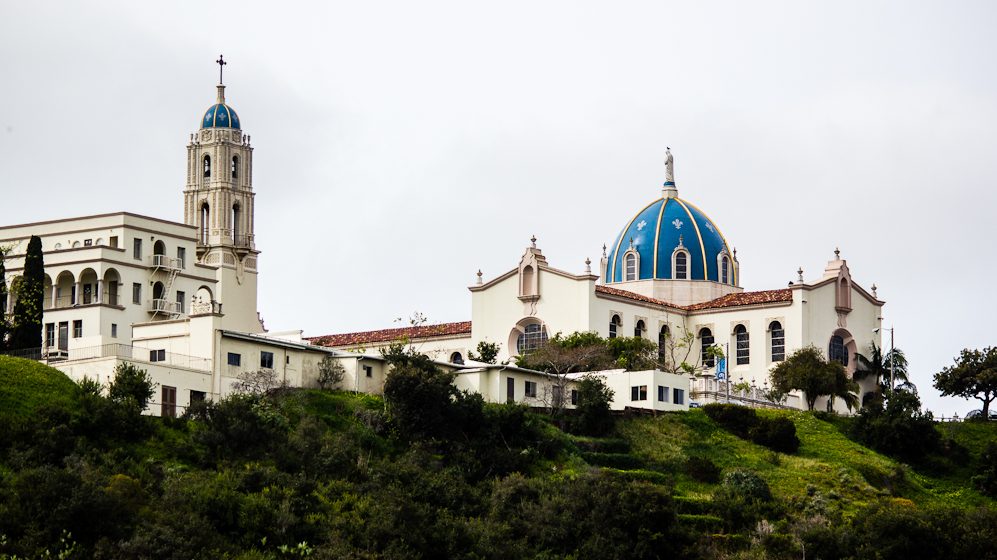 I next spent a year of graduate study on the USD-Oxford Program in England focusing on the life and works of Saint Thomas More. I was providentially accepted for private tutorials with Professor J.J. Scarrisbrick who was the foremost scholar in England on Saint Thomas More at the time. I later donated the larger than life-sized bronze bust of Saint Thomas More to USD Law School which currently sits in the rotunda of the law school. In the meantime, I attended Georgetown University Law Center where I started a Thomas More Society. I also studied Canon Law under Professor Ladislas Orsy who helped draft the new Code of Canon Law in 1983. I am also a former member of the Board of Directors of the Thomas More Society of America, based in Washington, D.C., a Past President of the Thomas More Society of San Diego, and a founding and current member of the Board of Directors of the Center for Thomas More Studies at the University of Dallas. I have given numerous talks on Saint Thomas More in our Diocese including several at USD Law School.

Following law school, and after two years working as a litigator for a large law firm in Los Angeles, I returned to San Diego to live and work in 1985. Soon after I began ten years of service on the University of San Diego Alumni Board of Directors. During that time I also served on the USD Board of Trustees Catholic Awareness Committee and was Chairman of the Alumni Annual Fund. I also served as the President of the USD Alumni Association and was later awarded the Mother Rosalie Hill Award for Outstanding Service to the university. I have donated many thousands of dollars as well as thousands of hours of service to USD over the years and encouraged others to do the same. Thus, it was only natural that I would send my eldest son there this year after he also attended eight years of Catholic grammar school and four years of Catholic high school. Problems arose last month when USD decided to allow the Pride groups on campus to have a drag queen contest.

This issue is rather serious from my perspective for several reasons. Besides my 20 years of Catholic education discussed above, I have spent thousands of hours over the last ten years studying the issue of same-sex “marriage” in particular and homosexuality in general. My wife has been a Natural Family Planning instructor for the Diocese of San Diego and the two of us have served as Pre-Cana instructors for the Diocese on multiple occasions. I also took various courses at USD on related topics including the Philosophy of Sex, the Biology of Human Sexuality, the Psychology of Human Relations, Abnormal Psychology, and the Theology of Marriage (with Fr. Ray Ryland, who I also took for Scripture and Christology courses, and who is currently at Steubenville) . I have read dozens of books, hundreds of papers and studies, and literally thousands of articles on subjects related to homosexuality and marriage in recent years. I also debated the topic at USD several years ago with a woman ACLU attorney. I debated that same person again several months ago on KPBS although she now presents herself as a very convincing man. I have participated in numerous talks on the subject on radio and television and authored various articles. Last year I also recorded a three-CD Set for Catholic Answers entitled “Goodbye Religious Liberty: How the Attacks on Marriage Are Threatening Your Religious Liberty.”

Bishop Salvatore Cordileone and I were students at USD at the same time and we worked closely together on the successful campaign for Proposition 8 that started with the Catholic community in San Diego. Indeed, Bishop Cordileone was featured in a 30-minute Catholic Action interview on EWTN a couple of months ago in which he credited his active involvement in Proposition 8 to my urging him to so so. I convinced him to support the ballot initiative when everyone else who had more experience in such matters was telling us that it was not the right thing to do at the time. Had we not done what we did at the time with respect to Proposition 8, it is undeniable that we would have same-sex “marriage” in California at this time.

It is my love for our Lord and His Church, and my respect for its Bishops that are the successors of the Apostles, that prompt me to take this action at this time. I earnestly believe that it is the Holy Spirit leading me to take this action just as He did with respect to my successful efforts to help pass Prop. 8, to successfully represent the four Catholic Firefighters that were forced to take part in the San Diego Gay Pride Parade, and to help save the Mt. Soledad Cross. After 23 years of litigation, the Mt. Soledad Cross case is the longest running religious freedom case of its kind in the United States and it is currently pending before the United States Supreme Court. In support of Cardinal Timothy Dolan and the USCCB, I am also currently representing Priests for Life and Legatus in separate federal lawsuits pending against the Obama Administration over the pernicious HHS Mandate.