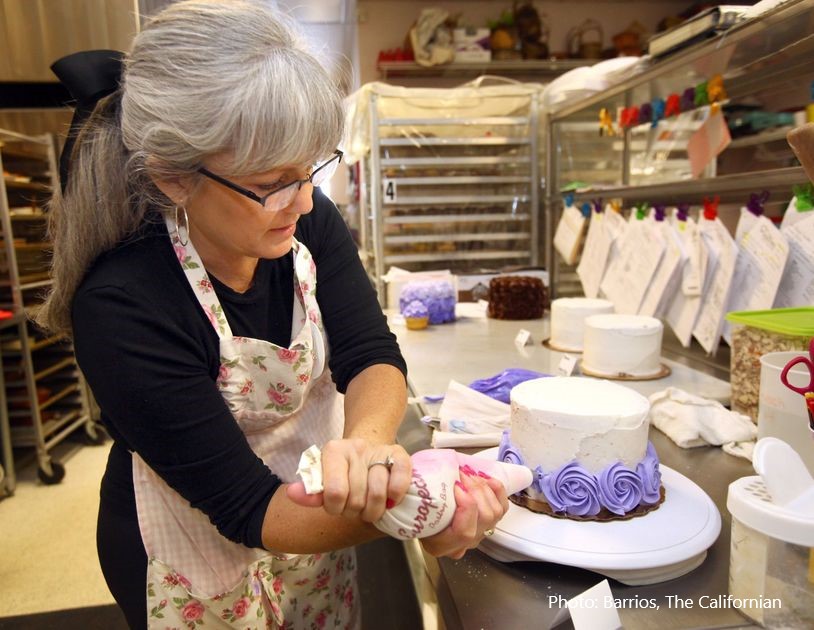 Cathy Miller, the owner of Tastries Bakery, filed an opposition brief last Friday in state court in response to the State of California’s legal fight to force her either to design wedding cakes promoting messages she disagrees with or to stop creating wedding cakes altogether.

Last August, two women came into Cathy’s shop and requested that she design a wedding cake celebrating their marriage, even though they had already been married. Cathy respectfully let the couple know that designing a custom cake that celebrated same-sex marriage violated her religious beliefs about marriage. She then referred the couple to another local cake designer who would create their cake. The two women promptly left the shop and posted about their interaction with Cathy on social media. Cathy and her employees then began receiving hate messages and death threats.

Two months later, the women filed a complaint with California’s Department of Fair Employment and Housing (DFEH), alleging that Cathy had violated the Unruh Act by supposedly discriminating on the basis of sexual orientation. Shortly after, the DFEH launched a formal investigation of Cathy and last month filed a surprise motion for a temporary restraining order to force Cathy to create custom wedding cakes celebrating same-sex marriages.

But the superior court judge denied the government’s request because he had not yet heard Cathy’s version of what happened and there was no urgency justifying a TRO since the same-sex couple wanted a wedding cake last August. The judge also acknowledged that the case could affect Cathy’s constitutional rights and warranted to hear Cathy’s defense before ruling. The judge then ordered the government to show cause on why the court should issue an injunction against Cathy.

The Freedom of Conscience Defense Fund (FCDF) is defending Cathy and filed the opposition on her behalf. The brief argues three main points:

By this opposition brief, Cathy is showing that she will not back down from government officials who are bent on destroying her and her business. Cathy’s sincerely held beliefs inspire her work as a cake artist, and every wedding cake she designs is a reflection of those beliefs. As we argue in our brief, the state and federal constitutions prevent the government from forcing Cathy to celebrate events that violate her faith.

Cathy will be next in court on Friday, February 2nd when the judge will hear arguments from both sides on whether he should grant the government’s request for an injunction. LiMandri will be arguing on Miller’s behalf.