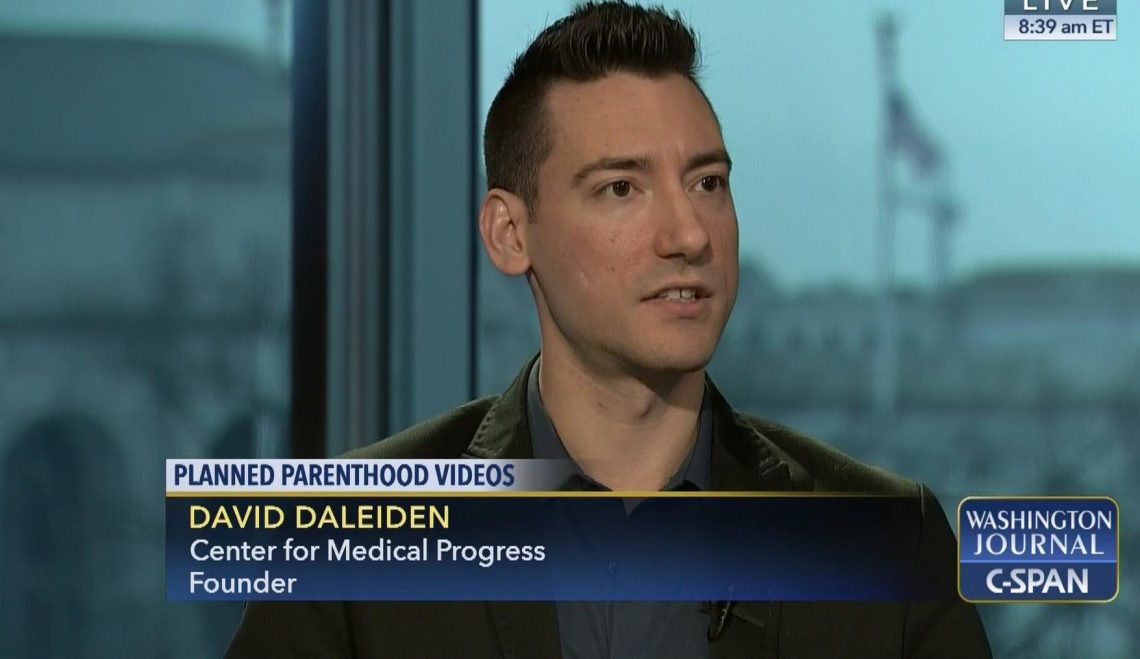 In 2015, District Judge William Orrick III blocked Daleiden from releasing additional undercover videos of Planned Parenthood leadership discussing fetal tissue trafficking at National Abortion Federation (NAF) conferences. The injunction is part of NAF’s retaliatory lawsuit against Daleiden. NAF officials argued the injunction was needed because the videos would cause pro-life activists to threaten them with violence.

“The National Abortion Federation is using lawfare to try to destroy David. The First Amendment protects David’s right to shine a light on the billion-dollar abortion industry’s illegal selling of baby body parts, so we hope the Ninth Circuit unblocks this unconstitutional injunction.”

Earlier this year, Daleiden asked Judge Orrick to dissolve the injunction because new facts disproved the judge’s prior findings. Daleiden also had sought the dismissal of the NAF case in its entirety because NAF had dropped all of its federal claims, which eliminated federal jurisdiction over the case. Judge Orrick refused to consider Daleiden’s claims.

“The passage of years has not cast this fundamentally flawed injunction in any better light; to the contrary, intervening developments have only highlighted its legal and factual deficiencies.”

“Having no actual federal claims nor any meritorious state ones, NAF is nevertheless pursuing this federal lawsuit against Appellants in the hopes of bullying them into forfeiting their First Amendment rights.”