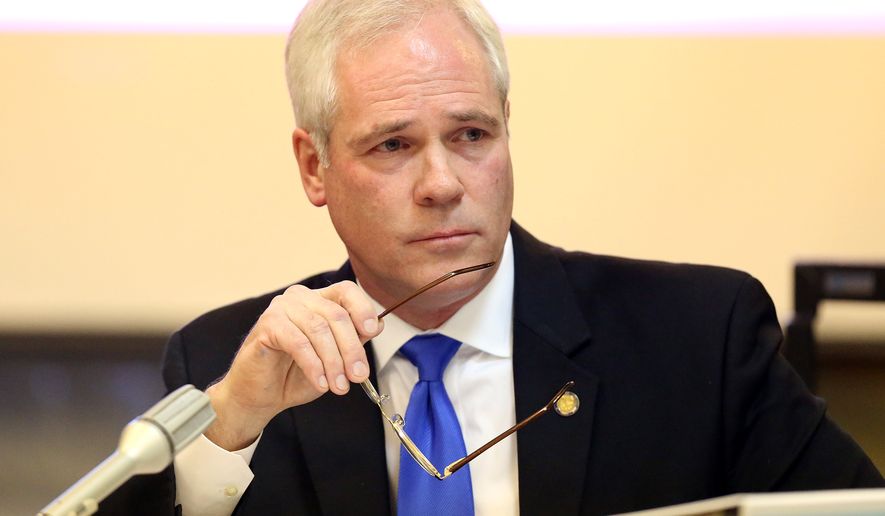 The Freedom of Conscience Defense Fund (FCDF) today filed an amicus brief with the United States Supreme Court supporting Oregon state court judge Vance Day, a devout Christian who was suspended for three years without pay in part because he declined to volunteer to preside over same-sex weddings.

Under Oregon state law, judges may voluntarily solemnize marriages. In 2014, Judge Day instructed his staff that he would be available to officiate opposite-sex weddings but not same-sex weddings. Even so, Judge Day was never asked to solemnize a same-sex marriage, nor did he ever refuse to do so. Shortly after a federal judge struck down Oregon’s constitutional provision prohibiting same-sex marriage in May 2014, Judge Day stopped performing all wedding ceremonies.

Nonetheless, the Oregon Commission on Judicial Fitness & Disability concluded after an extensive investigation that Judge Day’s position on same-sex marriage “manifested bias” against same-sex persons and therefore violated Rule 3.3(B) of Oregon’s Judicial Code of Conduct. In defense, Judge Day argued that his religious beliefs about same-sex marriage were protected by the First Amendment.

The Oregon Supreme Court issued its ruling in March 2018, agreeing with the Commission’s findings that Judge Day was biased against same-sex persons, even though solemnizing marriages was entirely optional and Judge Day never actually refused a same-sex wedding applicant. In its ruling, the court refused to consider his First Amendment defenses and instead imposed a three-year suspension without pay. Judge Day appealed to the United States Supreme Court.

In the amicus brief, FCDF asserts that the Oregon Supreme Court’s decision targeted Judge Day for his sincerely held religious beliefs about marriage, thereby violating his free exercise and free speech rights under the First Amendment.

As the Supreme Court has made clear, the First Amendment prohibits the government from discriminating against religious beliefs,” said Daniel Piedra, FCDF’s Executive Director.  “By punishing Judge Day for his Christian faith, the state government violated his constitutionally protected right to live and work according to his religious convictions.

FCDF’s brief argues that the Oregon Supreme Court’s application of Rule 3.3(B) expressly disciplined Judge Day for his sincerely held religious beliefs about marriage, thereby violating his free exercise rights. According to the brief:

Rule 3.3(B) puts Judge Day to a choice: He must either solemnize same-sex marriages and therefore violate his conscience, or refuse and thus face devastating consequences. When the government hangs this Damoclean sword over an individual, it has imposed a penalty on the free exercise of religion that must undergo the most rigorous scrutiny.

The brief also argues that forcing Judge Day to solemnize a same-sex wedding compels him to engage in expressive speech and take part in an event that violates his religious convictions. As the brief states:

When Judge Day solemnizes a wedding, he is not merely rubber-stamping the marriage certificate; he is knowingly creating a binding union for a specific couple during a ritual imbued with expression.

The case, Day v. Oregon Commission on Judicial Fitness & Disability, is docketed as 18-112. The Supreme Court will consider whether to accept Judge Day’s appeal in the upcoming term.