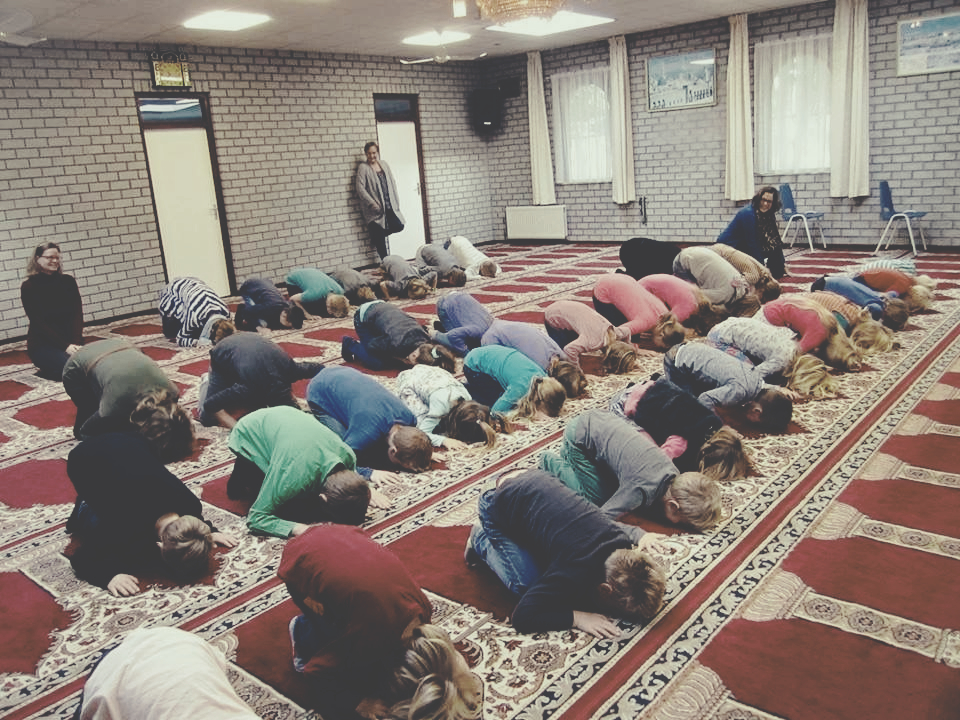 The Freedom of Conscience Defense Fund today sent a public records request to West New York School District, demanding the production of documents that could show whether the District is unlawfully promoting religion. Last month, Memorial High School hung a large banner beseeching “Allah” to “shower” students with “love and wisdom.”  FCDF is also seeking documents related to two Muslim students who were given permission to interrupt multiple classrooms during the school day to convert students to Islam under the guise of teaching them about Ramadan.

FCDF previously contacted the District and raised concerns about its policies and practices that may violate the First Amendment’s Establishment Clause, which forbids the government from advancing or endorsing a religious sect.

The request also states that failure to respond, respond completely, or respond promptly will subject to the District to a lawsuit.

That website is managed by the North Hudson Islamic Educational Center’s “Dawah Committee.” The Committee’s mission, among other things, is to convert public school students to Islam. On the website, the Committee praised the two Muslim students “for their outstanding dawah educational awareness in the Public Schools. We pray that other students and parents will follow suit in the near future. May Allah subhanahu wa ta’ala reward them manifold.”

“When public school districts enact policies or otherwise expose students to religious indoctrination, they choose to place ‘diversity’ and ‘cultural awareness’ over the First Amendment. FCDF will not tolerate this intentional effort to propagandize to schoolchildren. We will continue to warn all school districts to reconsider any policy or action that tramples on our children’s constitutional rights.”

As part of its Project for Constitutional Rights in Education (PCRE), the Freedom of Conscience Defense Fund monitors school districts nationwide to ensure school boards and administrators are educated about the threat of Islamic indoctrination and religiously preferential “anti-Islamophobia” bullying programs.

These programs are primarily advanced by radical Islamist groups like Council on American-Islamic Relations (CAIR), which convince school board members and other government officials that it is a mainstream social justice organization.