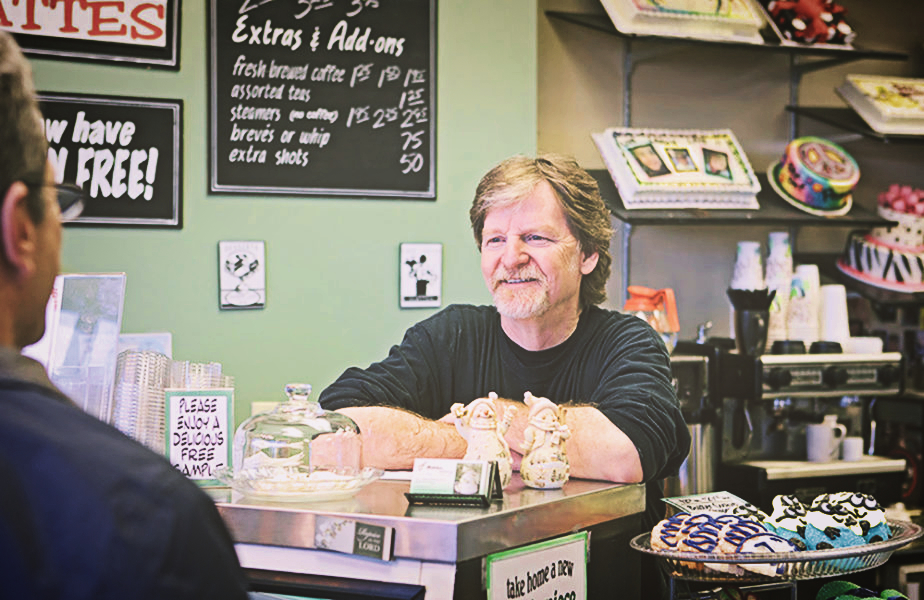 Last week, the Freedom of Conscience Defense Fund (FCDF) filed an amicus curiae (“friend of the court”) brief on behalf of FCDF advisory board member Dr. Ryan T. Anderson and multiple African-American civil rights leaders in support of Jack Phillips, a Colorado-based baker under attack for declining to bake a wedding cake for a gay couple. In its brief, FCDF argues that the Constitution protects Jack’s religious and artistic freedom, and the government cannot order Jack—or any American for that matter—to participate in events that violate his sincerely held beliefs.

As the owner of Masterpiece Cakeshop, Jack Phillips has created wedding cakes for the community of Lakewood, Colorado, since 1993. In July 2012, two gay men entered Jack’s bakery and requested a cake for their same-sex wedding. Jack declined the request because designing a cake for a same-sex wedding would be contrary to his Christian faith.

Consequently, the gay men filed a complaint with the Colorado Civil Rights Commission for sexual orientation discrimination. In December 2013, an administrative law judge ruled against Jack, holding that the First Amendment did not protect Jack from refusing the request.

Pro-LGBT opponents have argued that Jack’s refusal to create a wedding cake for a same-sex couple is akin to race-based discrimination. In its brief, FCDF counters this argument, saying that the context of race-based refusals was part of a racist system, and Jack’s support for traditional marriage is not anti-homosexual. According to the brief:

Jack Phillips’ conflict of conscience is motivated by his reasonable beliefs about the nature of marriage. To say that his refusal to support a same-sex wedding is the same as discriminating against people who identify as gay is to misstate the facts of the case and the relationship between the parties. To compare his refusal to race discrimination ignores the history of racism in this country and flies in the face of the history and purpose of marriage itself. A better comparison can be found in pro-life protections after Roe v. Wade. Just as pro-life conscience protections do not undermine Roe v. Wade or women’s equality, so too conjugal marriage conscience protections do not undermine Obergefell v. Hodges or gay equality.