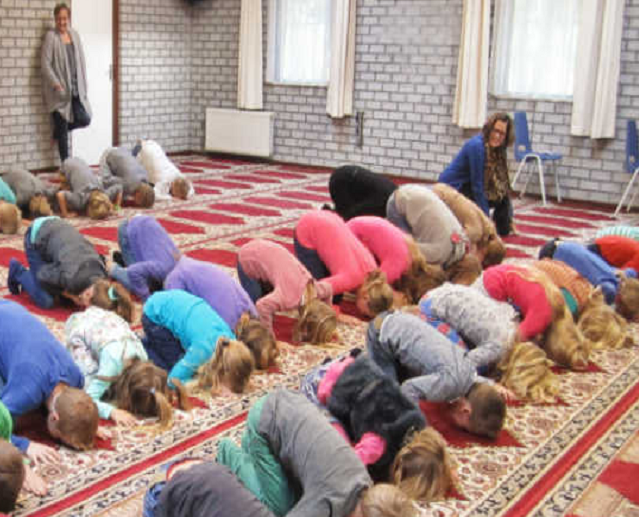 On May 24, 2017, FCDF filed a federal civil rights lawsuit on behalf of a group of concerned parents against the San Diego Unified School District (SDUSD) challenging the constitutionality of the district’s controversial “Anti-Islamophobia” program.  Named defendants also include every member of SDUSD’s Board of Education and Superintendent Cynthia Marten.  In addition to six parents, FCDF is representing Citizens for Quality Education – San Diego (CQE-SD), a local grassroots organization dedicated to public school reform, and the San Diego Asian Americans for Equality (SDAAFE), which defends the interests of the Asian American community and promotes active involvement in public affairs.

Last month, SDUSD’s Board of Education approved an “Anti-Islamophobia” initiative in a purported effort to combat bullying and harassment of Muslim students and their families.  As part of the initiative, Muslim students will be provided with special religious accommodations; teachers must receive new training and resources on how to advocate for Muslims; and the school district must review and vet its curriculum to ensure that it promotes a positive interpretation of Muslim culture and history. Most controversially, the school district seeks to explore and engage in formal partnerships with the Council on American-Islamic Relations (CAIR), a self-described Muslim civil rights organization. Students of other faiths are excluded from this program, including Jewish students, who statistically face an overwhelmingly higher level of bullying and discrimination than do Muslims.

“As it stands, tens of thousands of Jewish, Christian, Buddhist, and Hindu students, as well as other non-Muslim students, walk through the schoolhouse gate vulnerable and exposed to bullying and discrimination as a result of their religious beliefs.  Meanwhile, Muslim students can feel safe as the School District’s favored religious group, with the full power of the government and an outside Muslim advocacy group at their disposal. The School District’s actions are blatantly unconstitutional and run contrary to America’s enduring belief in religious equality.”

Of particular concern is the School District’s active collaboration with CAIR, which has longstanding, verified ties to radical Islam.  For example, several of CAIR’s top executives have been convicted of terror-related crimes, the FBI and U.S. Attorney’s Office previously named CAIR an unindicted co-conspirator in the Holy Land Foundation terror case (the FBI has terminated any outreach activities with CAIR), and the United Arab Emirates has designated CAIR as a terrorist organization.

“Despite its message of diversity and tolerance, CAIR’s ultimate mission is to change American society and advance radical Islam.  It is entirely reasonable for parents to question whether CAIR is pushing the School District to indoctrinate students with a favorable, one-sided teaching of Islam.  Moreover, it is deeply troubling that School District officials have consistently dismissed parents’ genuine concerns as bigoted, anti-Muslim rhetoric.  That line of reasoning is akin to saying that the Constitution itself is Islamophobic.”

On April 27, LiMandri sent a letter to all members of the Board, warning them that the “Anti-Islamophobia” program raises serious constitutional concerns and would likely result in a “needless, lengthy, and expensive court battle”.  LiMandri recommended that the Board rescind its authorizing vote and consider an alternative approach.  However, the Board has indicated through various statements to the media that it intends to defend the program at all costs for the sake of “standing up to hate”.  Consequently, the local community began to mobilize an opposition, and parents sought out FCDF to help them challenge the School District’s divisive program in court.

“Under the guise of this anti-bullying program, Defendants have fallen in with [CAIR] to set up a subtle, discriminatory scheme that establishes Muslim students as the privileged religious group within the school community.  Consequently, students of other faiths are left on the outside looking in, vulnerable to religiously motivated bullying, while Muslim students enjoy an exclusive right to the School District’s benevolent protection.”

The School District, with over 125,000 students enrolled in its K-12 schools, received just seven reports of religion-motivated bullying from July 31, 2016, to December 31, 2016.  The district did not disclose how many of those incidents were directed at Muslim students.

FCDF filed the complaint in the United States District Court for the Southern District of California.  It is asking the court to declare that SDUSD and its officials violated plaintiffs’ constitutional and statutory rights and to grant an injunction to preliminarily and permanently stop the implementation and enforcement of the “Anti-Islamophobia” program.  In addition, FCDF is asking for nominal damages and an award of their reasonable costs of litigation, including attorneys’ fees and expenses.