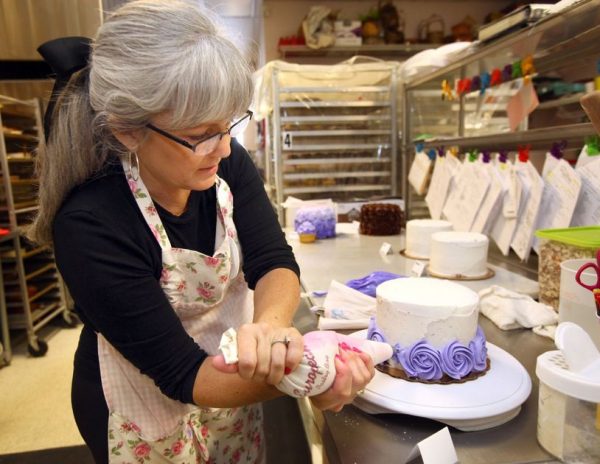 Kern County Superior Court Judge David Lampe has entered his final judgment in denying the State of California’s request to either force Cathy Miller to design custom wedding cakes for same-sex couples or not create wedding cakes at all. The judgment now closes the case in Superior Court, but the government can still appeal the decision to the state court of appeals. If forced to comply with the government’s request, Cathy would have faced the possibility of losing her bakery. The Freedom of Conscience Defense Fund (FCDF) is defending Cathy at no charge.

Last August, two women entered Cathy’s bakery and asked her to design a wedding cake for their same-sex marriage. Because of her religious conviction that marriage is the union of one man and one woman, Cathy told the couple that she cannot design a custom cake that celebrates a same-sex marriage. The couple filed a complaint with the State’s Department of Fair Employment and Housing (DFEH), alleging that Cathy discriminated on the basis of sexual orientation. The DFEH then launched a formal investigation and later filed a motion for preliminary injunction seeking an order that would compel Cathy to create custom wedding cakes celebrating same-sex marriages.

In his opinion, Judge Lampe recognized that the issue is not about discrimination against same-sex couples, stating:

The State is not petitioning the court to order defendants to sell a cake. The State asks this court to compel Miller to use her talents to design and create a cake she has not yet conceived with the knowledge that her work will be displayed in celebration of a marital union her religion forbids. For this court to force such compliance would do violence to the essentials of Free Speech guaranteed under the First Amendment.

“Cathy gladly serves everyone who walks through her bakery’s doors, including same-sex couples. But she should not be forced by the government to express messages that conflict with her sincerely held religious beliefs. We are pleased the judge recognized that the First Amendment protects Cathy’s freedom of speech.”

In light of Cathy’s victory, FCDF filed a motion for attorneys’ costs last week under California’s Private Attorney General statute. This statute mandates that the court must award fees to a prevailing party if, among other things, the case resulted in the enforcement of an important right affecting the public interest, and where a significant benefit has been conferred on a large class of persons. FCDF argues that attorneys’ fees are warranted because the case implicated “constitutional rights of prime importance.”

The DFEH is likely to appeal the final judgment in addition to its appeal of the initial denial of its motion for preliminary injunction.