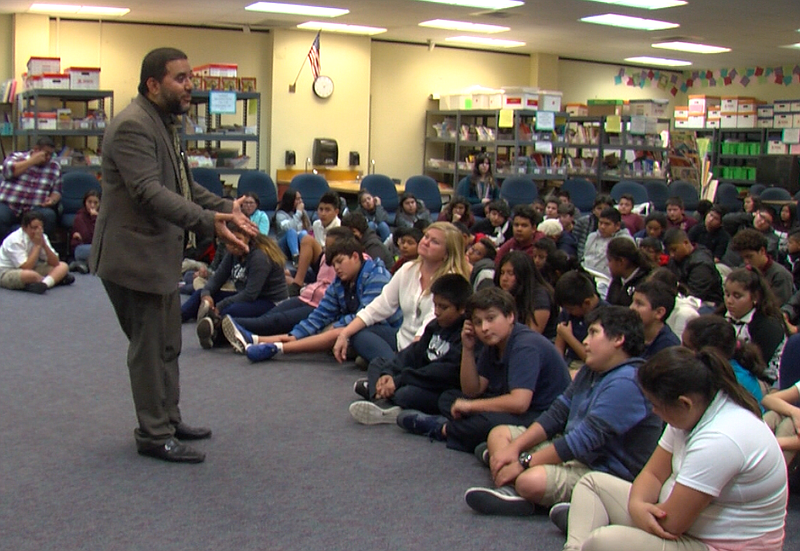 On June 28, the Freedom of Conscience Defense Fund (FCDF) filed a 40-page amended complaint in federal court in its legal challenge to San Diego Unified School District’s (SDUSD) “Anti-Islamophobia” Initiative.  FCDF is asking the Court to halt the Initiative and stop SDUSD’s longstanding partnership with the Council on American-Islamic Relations (CAIR), a controversial Muslim advocacy organization with deep ties to Islamic extremism.  As part of its request for declaratory and injunctive relief, the complaint alleges violations of the U.S. and California Constitutions and numerous state statutes, including the Unruh Civil Rights Act and provisions of the Education Code.

FCDF is suing SDUSD, its entire Board of Education, and Superintendent Cynthia Marten on behalf of six concerned parents and Citizens for Quality Education – San Diego (CQE-SD), a local grassroots organization dedicated to public school reform, and the San Diego Asian Americans for Equality (SDAAFE), which defends the interests of the Asian American community and promotes active involvement in public affairs.

Click Here to Contribute to the Parents’ Litigation Fund

While public discussion and news coverage have largely framed the issue as a question of preventing bullying of Muslim students, FCDF’s allegations are generally threefold:

On April 4, 2017, SDUSD’s Board of Education approved an “Anti-Islamophobia” initiative in a purported effort to combat bullying and harassment of Muslim students and their families.  As part of the initiative, Muslim students will be provided with special religious accommodations; teachers must receive new training and resources on how to advocate for Muslims; and the school district must review and vet its curriculum to ensure that it promotes a “favorable” and “inclusive” depiction of Muslim culture and history.

Most controversially, SDUSD seeks to explore and engage in formal partnerships with the Council on American-Islamic Relations (CAIR), a self-described Muslim civil rights organization. Students of other faiths are excluded from this program, including Jewish students, who statistically face a much higher level of bullying and discrimination than do Muslims.

The amended complaint is an update to the complaint filed on May 22, 2017, in the United States District Court for the Southern District of California.  Since last month, FCDF has uncovered additional evidence suggesting that SDUSD’s relationship with CAIR San Diego is deeper than the school district has publicly claimed. Moreover, prior to the April board meeting that authorized the Initiative, the school district had already permitted CAIR officials to visit schools, where CAIR officials indoctrinated students and distributed propaganda materials that promoted its religious objectives.

“There’s no longer any doubt that the School District’s ‘stop the bullying’ argument is merely a pretext to favor Muslim students and advance its mutually beneficial relationship with CAIR.  To maintain government neutrality in America’s public schools, the Court should recognize that singling out Muslim students for special protections, especially when students of other religions face the same type of bullying, does not justify violating the Constitution and a whole host of other laws.”

“Under the guise of this anti-bullying program, Defendants have entangled themselves with the aforementioned religious organization to set up a subtle, discriminatory scheme that establishes Muslim students as the privileged religious group within the school community.  Consequently, students of other faiths are left on the outside looking in, vulnerable to religiously motivated bullying, while Muslim students enjoy an exclusive right to the School District’s benevolent protection.”

“Parent Plaintiffs entrust School District officials with the education of their children, who are impressionable and whose attendance at school is mandatory.  Therefore, Defendants’ intentional efforts to promote a favorable view of a particular religion and religious practices, which include allowing CAIR-SD officials to indoctrinate School District students within a ‘captive’ setting, violate their trust and their private beliefs.”

The amended complaint identifies numerous examples of CAIR pushing a religious agenda in public schools, including providing materials to students and educators containing quotes from the Quran, solicitation of its services, and providing training materials to teachers to instruct students with the following ideas:

The amended complaint also details the School District’s active collaboration with CAIR, which has longstanding, verified ties to radical Islam.  For example, several of CAIR’s top executives have been convicted of terror-related crimes. Further, the FBI and U.S. Attorney’s Office previously named CAIR an unindicted co-conspirator in the Holy Land Foundation terror case (the FBI has terminated any outreach activities with CAIR), and the United Arab Emirates has designated CAIR as a terrorist organization.

“Despite its message of diversity and tolerance, CAIR’s ultimate mission is to change American society and advance radical Islam.  It is entirely reasonable for parents to question whether CAIR is pushing the School District to indoctrinate students with a favorable, one-sided teaching of Islam.  Moreover, it is deeply troubling that School District officials have consistently dismissed parents’ genuine concerns as bigoted, anti-Muslim rhetoric.  That line of reasoning is akin to saying that the Constitution itself is ‘Islamophobic’ because it is not based on Sharia law.”