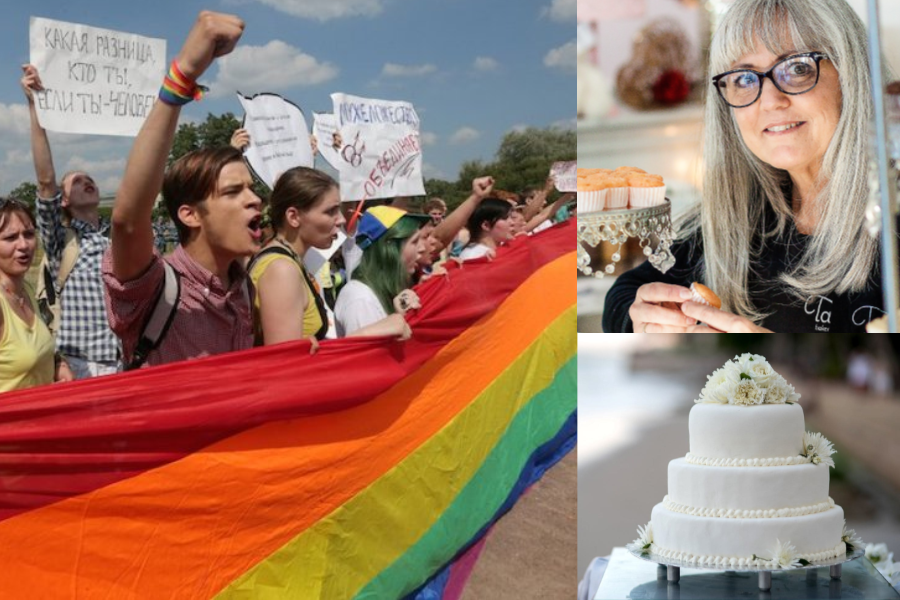 Despite their previous First Amendment loss, government lawyers have filed a new lawsuit against Cathy Miller, owner of Tastries Bakery, in Bakersfield, California. In August 2017, Miller declined to create a custom wedding cake for a same-sex couple. As a devout Christian, Miller believes that marriage is between one man and one woman. The couple, Eileen and Mireya Rodriguez-Del Rios, filed a complaint with the California Department of Fair Employment and Housing (DFEH) in October 2017, alleging Miller discriminated against them based on their sexual orientation.

In January 2018, the DFEH filed a motion for a preliminary injunction in state court, seeking an order that would force Miller to create custom wedding cakes for everyone or nobody at all. Superior Court Judge David Lampe denied the government’s motion the next month, holding that the requested injunction would “do violence to the essentials of Free Speech guaranteed under the First Amendment.” The DFEH did not appeal the order, but it contends it has executive authority to continue its legal action against Miller despite the ruling.

This meritless lawsuit is proof that California’s pro-LGBT bureaucrats will stop at nothing until Cathy is put out of business. For over a year, Cathy’s family and employees have faced death threats, lewd messages, and vandalism. The sad truth is if the government wins, then no Christian business owner will be safe from persecution.”

In the lawsuit, the DFEH is demanding that Cathy pay the same-sex couple damages thousands of dollars for emotional distress. According to the complaint: “Mireya’s nose started to bleed—which was completely out of the ordinary—and she got a headache.” The complaint also states: “Although she tried to contain her emotions, Eileen later broke down, and her emotional anguish aggravated her rheumatoid arthritis.”

Although the lawsuit claims “Eileen and Mireya did not know what to do” after the incident, the record shows the couple immediately took to social media, and within 30 minutes Miller began receiving death threats and emails containing images of people engaging in depraved sexual acts. News crews arrived shortly afterward. Traumatized by the sudden wave of rage from the LGBT activists, several Tastries employees quit.

Despite the couple’s claim that they were “[s]tunned, hurt, and offended,” facts discovered during investigation shows that the couple had intentionally been searching for a business that would “discriminate” against them, wearing hidden microphones to catch a business owner in the act.

The evidence shows that this was all a set-up to get money and to destroy Cathy for her Christian faith. The couple never intended to actually celebrate their marriage with a custom cake from Tastries. We hope as this case moves forward the full truth will come to light. In any event, Cathy’s First Amendment rights already have been vindicated by the prior judgment in her favor.”

FCDF is representing Cathy Miller at no charge. The costs of defending Miller have already exceeded $500,000.