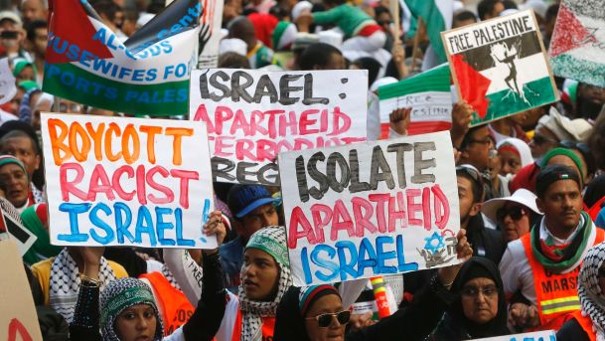 SAN DIEGO – Lawyers for the San Diego Unified School District (SDUSD) filed a motion in federal court to strike two “scandalous” allegations about the district’s partnership with the Council on American-Islamic Relations (CAIR). In May 2017, six parents and two local organizations sued SDUSD, challenging the constitutionality of the district’s “anti-Islamophobia initiative.” The initiative, which was developed by Superintendent Cynthia Marten and CAIR officials, singles out Muslim students for special protections and empowers CAIR to change the district’s curriculum to portray Islam more favorably.

At issue is CAIR’s control over district instructional materials. In addition to alleging that the initiative violates the First Amendment, the parents claim that the Islamic syndicate, as “an anti-Israel organization that rejects Israel as a legitimate State and adversely demonizes Jewish people,” will use its decision-making power to devise biased lesson plans and student assignments.

Although CAIR bills itself as a Muslim civil liberties group, it has a long history of anti-Israel, pro-Hamas activism. According to the Anti-Defamation League, which currently partners with SDUSD on an anti-bullying program, “CAIR’s stated commitment to ‘justice and mutual understanding’ . . . is undermined by its anti-Israel agenda.” CAIR is also noted for its ties to Islamic supremacism. In fact, the FBI has banned all Muslim outreach activities with CAIR, federal prosecutors have stated that Muslim Brotherhood leaders founded CAIR, and the United Arab Emirates has designated CAIR as a terrorist organization.

Nevertheless, SDUSD contends that the parents’ concerns about CAIR’s controversial background are meant only to “ascribe a nefarious character” to the relationship between CAIR and SDUSD. Their motion goes on to argue that the “inflammatory allegations can only be intended to denigrate CAIR, and Defendants by association, in the eyes of the public. . . .”

The Freedom of Conscience Defense Fund (FCDF) is representing the families and two local organizations, Citizens for Quality Education—San Diego and the San Diego Asian American Foundation for Equality. Last Friday, FCDF filed an opposition to SDUSD’s motion last Friday, arguing that the district’s contentions are nothing more than a litigation tactic to delay and distract the court from the critical issues in the case. According to the opposition brief:

CAIR’s unprecedented decision-making authority in the District has caused reasonable people—like Plaintiffs—to question whether District instructional materials will remain religiously neutral, fair, and balanced in compliance with California state law. And a central consideration is CAIR’s hostility toward Israel and its connections to extremism. Although Defendants pretend that the real record about CAIR does not exist, “[a] court must deny the motion to strike if there is any doubt whether the allegations in the pleadings might be relevant in the action.” Oracle America, Inc. v. Micron Tech., Inc. 817 F.Supp.2d 1128, 1132 (N.D. Cal. 2011) (emphasis added). Plaintiffs’ allegations are without a doubt more than relevant; therefore, this Court should deny Defendants’ motion to strike.

Once again, the school board members and superintendent simply refuse to admit that they are partnering with a Muslim Brotherhood front group that is committed to subverting our Constitution and American values. Instead, they would rather spend hundreds of thousands of taxpayer dollars in legal costs to defend CAIR in court. This goes to show the depth of CAIR’s infiltration into our public schools. And no doubt CAIR is fully committed to indoctrinating our schoolchildren, including pushing their anti-Israel, pro-Palestine version of history. Unfortunately for them, we are more than committed to protecting our schoolchildren from this outside divisive force.

This motion is nothing more than a red herring. The superintendent and board of education cannot deny CAIR’s dangerous background; nor should they be permitted to distract the Court from the true scandal in this case: their politicizing the 130,000 schoolchildren entrusted to their care because of misguided notions of political correctness. We hope that the Court sees through the smokescreen and allows the facts to continue to come to light as the case progresses.

SDUSD’s reply to the parents’ opposition brief is due next week.