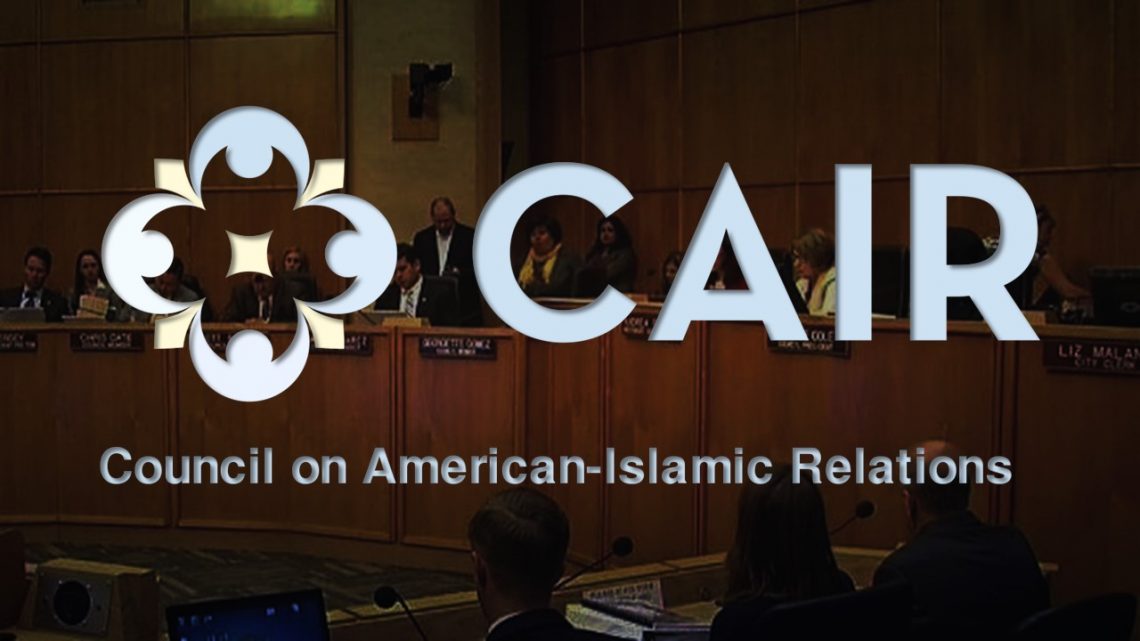 At today’s council meeting, the San Diego City Council placed an item on its consent agenda proclaiming November 4 as “Council on American-Islamic Relations-San Diego Day.” As the law firm representing the five courageous families challenging the constitutionality of CAIR’s infiltration of the San Diego Unified School District, the Freedom of Conscience Defense Fund issues the following statement about the City Council’s proclamation:

Under the guise of social justice and promoting inclusivity and with the help of longtime ally Councilman Alvarez, CAIR has duped yet again another governmental institution in its ongoing plot to cast itself as the voice of the American Muslim community. Like the San Diego Unified School District’s Board of Education, the City Council has chosen to fracture the local community and possibly violate the Constitution rather than resist the power of a cabal with irrefutable ties to Islamic extremism.

American Muslims are a welcome and integral part of our Nation. However, CAIR pursues an extremist political ideology far from the beliefs of ordinary Muslims. CAIR officials have a distinguished record of encouraging hatred against women, Jews, Christians, the LGBTQ community, and moderate Muslims. In fact, a 2011 Gallup survey of American Muslims revealed that nearly 90% percent believe that CAIR does not represent their interests.

The evidence of CAIR’s links to Islamic terror is staggering, and the City Council’s actions today reflect CAIR’s extraordinary success as a Trojan Horse within America’s institutions of power. It’s remarkable that five humble families and the patriotic community that is standing behind their lawsuit can see the danger of CAIR while politicians and government bureaucrats remain willfully blind.

The following is just a sample of CAIR’s true nature:

The Freedom of Conscience Defense Fund objects to the City Council’s proclamation and calls on the Council to fulfill its obligation to uphold the Constitution and protect the citizens of San Diego and repeal its vote establishing “Council on American Islamic Relations-SD Day.”