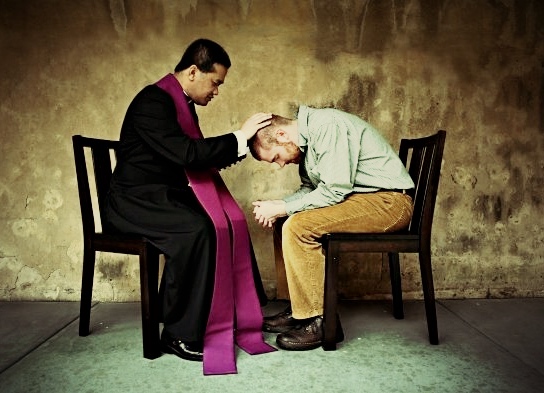 In a stunning victory for religious freedom, a proposed California state bill that would have forced Catholic priests to break the sacramental seal of confession was shelved one day before a critical legislative hearing. If passed, Senate Bill 360 would have required priests to report alleged instances of abuse or neglect of minors heard during confession or otherwise be charged with a misdemeanor.

The Freedom of Conscience Defense Fund was instrumental in helping launch a nationwide grassroots campaign against the bill. The bill’s author, Democrat Senator Jerry Hill, stated in a press release he withdrew the bill after learning “the legislation would not have enough support to move on.”

“S.B. 360 was an unprecedented assault on the religious liberty of Americans of all faiths,” said Charles LiMandri, FCDF’s Chief Counsel. “Forcing priests to defy their sacred duty to God by sharing a penitent’s deepest convictions would do violence to the freedom of conscience, a fundamental right protected by the First Amendment.”

Sen. Hill introduced SB 360 in February 2019.  In its original form, the bill mandated priests to report any alleged instance of child abuse that they were told in confession or counseling. Doing so would force them to violate the sacramental seal of confession. In the Catholic Church, the Seal of Confession is the absolute duty of priests not to disclose anything that they learn from penitents during the course of the Sacrament of Penance. The proposed legislation dictated that priests who failed to report would be charged with a misdemeanor.

In response to the proposed bill, FCDF partnered with other faith-based groups in mobilizing Catholics to make their voices heard in defense of their religious liberty. Along with FCDF’s efforts, the Archdiocese of Los Angeles delivered more than 140,000 letters to the State Capitol in opposition to the Bill as a part of their “Keep the Seal” campaign.

“We cannot allow the government to enter into our confessionals to dictate the terms of our personal relationship with Jesus,” said Archbishop Jose Gomez in a letter he mandated to be read at every Mass, the Angelus News reported.  According to a statement by the California Catholic Conference (CCC), “tens of thousands of letters” were delivered as well as emails and phone calls that vocalized concern. The CCC was also expecting to have hundreds of people in attendance to protest the July 9 hearing in Sacramento that was canceled.

The shelving of the bill also comes after the Assembly Committee on Public Safety issued a staff report on July 8 that outlines how the Bill could violate the constitutional rights of clergy. “This bill raises issues regarding the applicability of the Free Exercise Clause,” the report stated, “because it would require conduct that some religions prohibit, namely for clergy members to break the seal of the confessional.”

The staff report also notes that the bill is different from what has been proposed in other states as it singles out the “penitential communication of clergy” and implicates more than the Catholic Church. Also affected would be The Church of Latter-Day Saints and the Episcopal, Lutheran, and Orthodox churches. The report affirms the centrality of such beliefs, stating in an argument for the bill’s dismissal: “The seal of the confessional is such an important tenet, that priests throughout history have been tortured and killed because they refuse to break the seal of the confessional.”

With SB 360 on hold, there will be no further action on it this year. But Senator Hill has stated he has not scrapped it altogether, declaring that the bill is merely “on pause” and has “not been withdrawn.”

“If a law can force an individual to sacrifice his or her sacred religious rights and duties, then no natural, God-given right is safe from government tyranny,” said LiMandri. “We will not stop fighting until this proposed legislation is swept into the garbage bin once and for all.”